The Lind House was built in 1887 on the corner of Center and State Streets for one of MInnesota’s most prominent families.  It was designed by Frederick Thayer in the Queen Anne style and cost $5,000 to build. The house was the center of social, cultural, and state functions during the family’s residence from 1887-1901. The graceful porch often served as Governor Lind’s viewing stand for state and local events.

In the 1920’s the interior of the house was significantly modified when it was converted into a duplex.

In 1975 the house was placed on the National Register of Historic Places for its architectural and political significance.

In 1983, when the house came up for sale, the Lind House Association was formed, for the purpose of purchasing and restoring the house, which had fallen into terrible disrepair.

In 2000 a major capital campaign was begun to repair and restore the exterior of the house. Much of the coving and trim was in need of replacement.  The house has been returned to its original colors of maroon, green and black.

Although the Lind House has been restored in a style in which it was originally built, the house is not a museum.  It serves as a home for the United Way Offices, a meeting place for local organizations, and is an ideal setting for private parties and receptions.  Tours are also available. 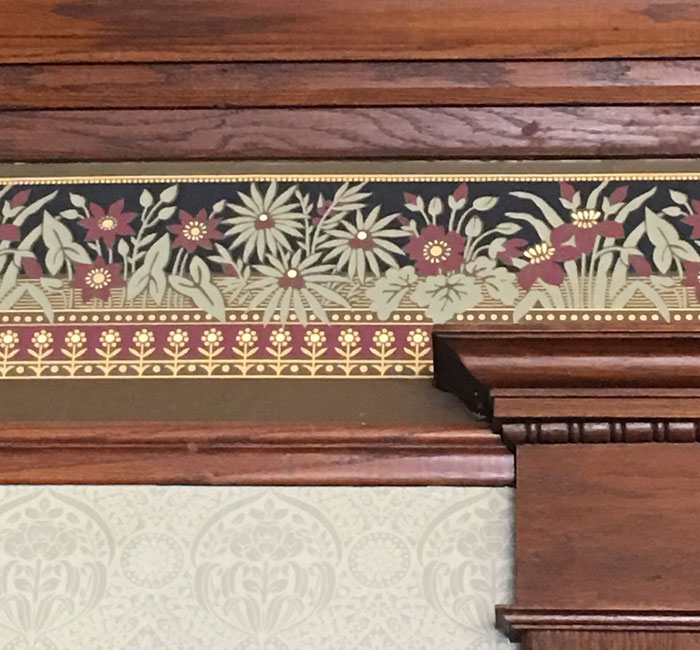